Cardiac arrest is an immediate attack on your body caused by the unexpected loss of heart function, breathing, and consciousness. This disease is quite common in India approximately more than 1 million cases are registered in a year. The disease requires a medical diagnosis. Majorly people with higher age are a patient of this disease. 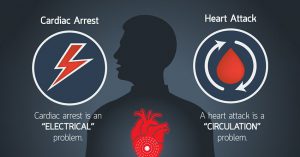 There are different ways by which your body gives you signals that you are been attacked by Cardiac arrest. Which are:-

To add on, there are multiple ways to have a medical check of you having this disease. Which are:-

There are particular systems affected by Cardiac arrest which are:

2) Nervous system: As the flow of oxygen through the blood stops immediately, due to which no oxygen in the brain which hence causes the flow of messages and commands to stop which affects the nervous system.

Cardiac arrest can be encountered by different treatments such as

Emergency room – Getting treated by the doctors and get your heart back to its work.

There are also several long term treatments such as Drugs, Corrective Heart Surgery and many more

As we know, technology and different advancements have helped so much in your life and have made our life easier and better. So in this case of Cardiac arrest, the technological advancement has helped a lot as this disease requires an immediate action, which can’t be given at everyplace for example if your at the airport and the hospital is a really far that would get you in trouble, but with the use of Automated External Defibrillators this disease can be cured easily and anywhere. 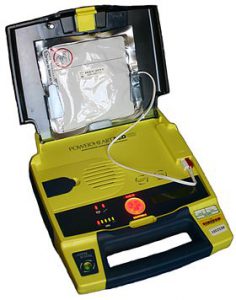 There are countless impacts of this device which is stated below.