Stroke is the fifth-leading cause of death in the United States. Every 1 out of 20 deaths in the US is caused by strokes. A stroke occurs when the brain is deprived of blood. When the brain does not get oxygen and nutrients, the brain cells start to die. There are two types of strokes ischemic and hemorrhagic strokes.

Ischemic strokes are caused by arteries being blocked or narrowed, and so treatment focuses on restoring an adequate flow of blood to the brain. A hemorrhagic stroke occurs when a weakened blood vessel ruptures.

This disease has an effect on the patient and the society around them. The patient may face challenges mentally and physically. Many patients are observed to have common mental challenges such as depression. People who are closest to the patient offer practical support and comfort after a stroke. The support of friends and family play an important role in the recovery of a patient.

A patient can be diagnosed with Physical examination, Blood tests, CT scan, MRI scan, Carotid Ultrasound, Cerebral angiogram, Echocardiogram. It is also important to detect the symptoms of a stroke as it is critical to know if someone is having a stroke or not. We can identify if a person’s Face is dropping if there is a weakness in the arms or speech difficulty.

There are other systems which can be affected by a stroke. Stroke can affect the producing or understanding of speech. It affects the movement and coordination of the muscular system. Which affects daily motor functions such as eating, bathing, dressing cooking etc.

Treatment of ischemic strokes starts with drugs that break down clots and prevent others from forming. The patent is injected tissue plasminogen activator (TPA). Other sources may include carotid endarterectomy, which involves a surgeon opening the carotid artery and removing any plaque that might be blocking it. There are also procedures such as an angioplasty which involves a surgeon inflating a small balloon in a narrowed artery via catheter and then inserting a mesh tube called a stent into the opening.

Hemorrhagic stroke can be treated by giving drugs to the patient to reduce the pressure in the brain, control overall blood pressure, prevent seizures and prevent sudden constrictions of blood vessels. Surgeons can place small clamps at the base of aneurysms or fill them with detachable coils to stop blood flow and prevent rupture.

There are many factors to consider in term of treatment. Economically, according to the American Heart Association, the mean lifetime cost of ischemic stroke is approximately $140,048 in the United States. The cost of healthcare in the USA is very high. The procedure is very expensive for the common man. The use of potentially toxic drugs on a vulnerable patient in a small amount of time can be posed as an ethical issue for many people, as they are risky. Stroke can also have a negative effect on the emotional aspect of the people near and dear to the patient. Many family and friend cannot control emotion in front of the patient, and the patient suffering from disease need to have a positive environment around them. 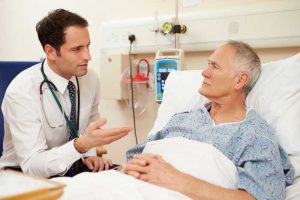