Epilepsy is a very dangerous neurological disorder where the recipient’s brain activity becomes abnormal and causes seziure and periods of unusual behaviour.

Epilepsy is a disorder which can happen to children as well as adults.When a child has it it would make it harder for the parents and they would be scared for their child and when he or she grows up they develop anxiety or depression due to this disease.

How do you know if someone has epilepsy?

Some of the symtoms include Temorary confussion,the person will start staring for a certain amount of time,uncontrollable jerking movements,loss of conciousness physic symptoms such as anxiety.When you observe these symptoms you should see a doctor.The doctor will test the paitient using some psychological tests and brain scans. 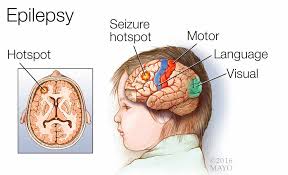 Epilepsy can lead to damage to other systems in your body such as muscular system.Epilepsy occurs when the neurons in the brain are damaged which then fires random signals to contract muscles.The damage to your neurons affects your reflexes as the signals don’t reach the muscles as fast as normal.

This procedure can help the patients in many ways than one.There would be a significant improvement in his or her social life as there won’t be any dietary restrictions due to the medication and it would be ethical as well as it would be like an organ transplant as the procedure just implants stem cells into the patient’s body but there would be an economic issue as surgeries like these can cost upwards of a million dollars as it would be a very delicate surgery.This would benifit the country which first comes up with it as the surgery could be taught to foreign doctors for a fee.