Language is a crucial part of any culture and personally I am intrigued by the Spanish language and how it sounds. Majority of North American nations speak Spanish and in an attempt to better explore their culture and language I decided to learn the fundamentals of Spanish. My aim is to learn the basic words and phrases in Spanish and to do so, I used the popular mobile application “Duolingo” as a tool to help me learn the language. I spared 15-25 minutes of my time everyday to practice Spanish and follow the guided course on Duolingo.

When I started, it felt easy but as I progressed through the course it became fairly challenging. Learning a new language wasn’t expected to be easy, overtime it became difficult to remember the new Spanish words I learned because I had no medium to incorporate them into my daily life. The course had frequent tests which included writing and verbally translating English phrases to Spanish. These tests were very challenging and after 2 weeks of basics, I realized I need to dedicate more time to this than I initially thought I should. As I progressed through the course it became very challenging. Memorising and learning a new language comes with practice, I started reading very simple spanish stories and as a fun addition, started talking to one of my friends in spanish. This activity helped me realise the difficulty associated with learning a new language and incorporating it in your daily life.

I had to be very committed to practicing Spanish everyday to make any significant progress. This meant I had to spare 20 minutes every day to just focus on Spanish. The app I used had a streak indicator and as a show of perseverance I decided to keep the streak going as long as I can. Some busy days I would forget to practice during the day so I had to do it at night before going to sleep, irrespective of how exhausted I am. 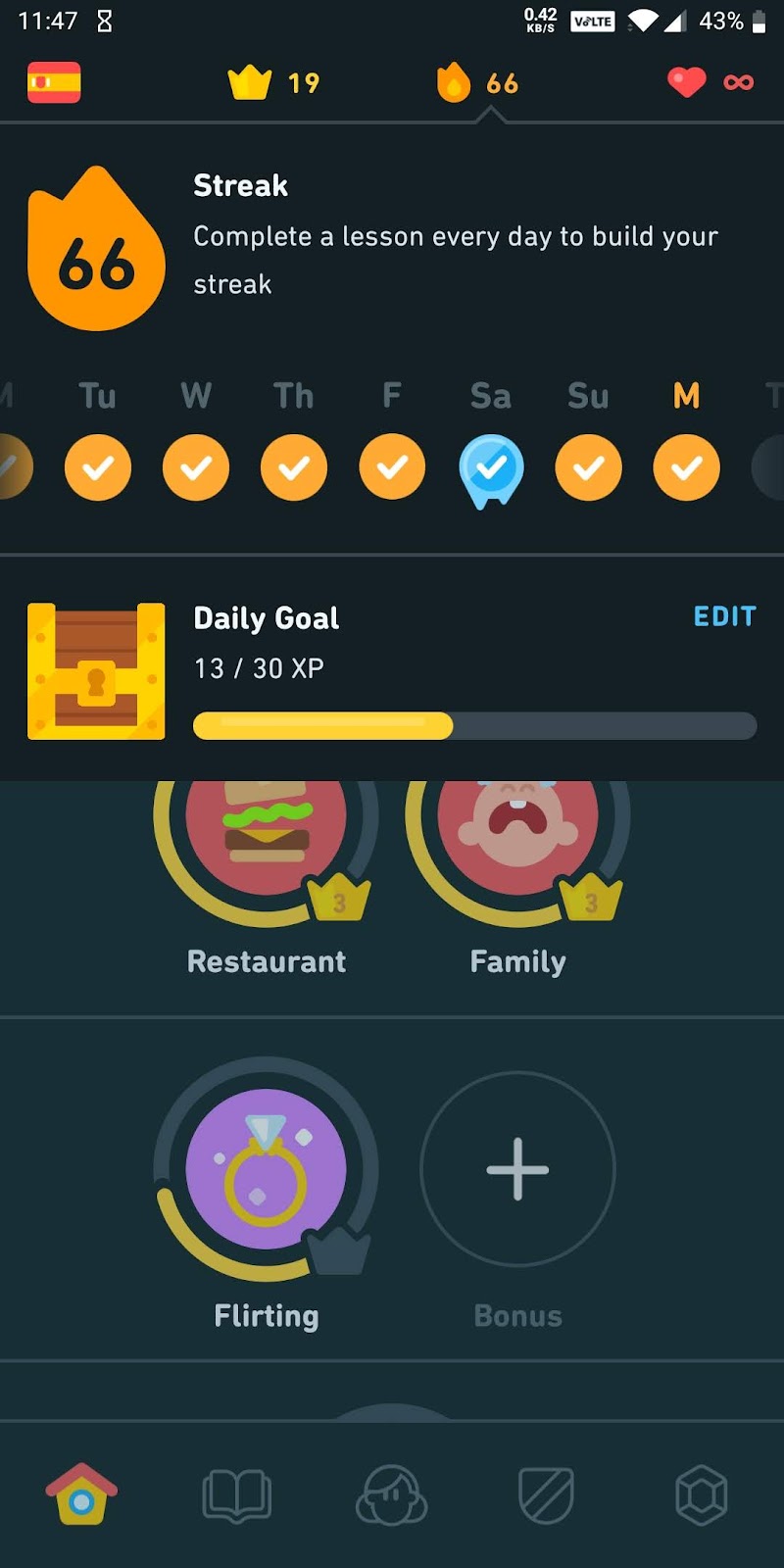 I consistently practiced everyday for 66 days. Doing Spanish really helped me understand that their language and culture is not so different from my own. Hindi and Spanish have a similar framework. Not only did it make me more knowledgeable but it helped me grow as an internationally minded individual. Speaking the basics of a foreign language also built my character and made my personality more sophisticated and diverse. I am glad I decided to do something like this for CAS because it sparked a genuine interest which lets me grow as a person.