What is this disease all about?
Epilepsy is a central nervous system (neurological) disorder in which brain activity becomes abnormal, causing seizures or periods of unusual behaviour, sensations, and sometimes loss of awareness. Anyone can develop epilepsy and it has effects on all genders, all ages.

Because Epilepsy is caused by abnormal activity in the brain, seizures can affect any process your brain coordinates. Seizure signs and symptoms may include:

When seizures seem like they result from abnormal activity in just a single part of the brain, it is called focal seizures, which further divides into two types: Focal seizures with loss of consciousness and focal seizures with impaired awareness. The former doesn’t cause unconsciousness They may alter a person’s emotions and affect how their brain perceives things that they see, smell, feel, taste and sound. Another effects of this is twitching of the limbs and unexplained, spontaneous sensory symptoms such as tingling, dizziness and flashing lights from a phantom source.

The latter though involves seizes with no loss of consciousness but still brings huge change to a person’s awareness, during which a person may stare into space or not respond normally to stimulus and may perform repetitive movements as a reaction to an undefined source, such as hand rubbing, chewing, swallowing, or walking in circles.

Impacts of the disease on individuals and societies?
As epilepsy is very unpredictable, it is often quite dangerous, increasing risk of injury, hospitalization and mortality. For example, it’s important that they don’t have a bath or go swimming by themselves just in case they have a seizure while they’re in the water. The disorder can affect decisions like where they decide to live. States across the nation have different rules regarding epileptic drivers. Some require drivers with epilepsy to be seizure-free for a certain number of months. People with epilepsy also can experience feelings of social isolation because they lack control over their body and brain, and worry about what others will think of their seizures.

What techniques can be used to diagnose the disease?
There are quite a few ways to diagnose Epilepsy, like Electroencephalogram (EEG). In this test, electrodes are attached to your scalp which record the electrical activity of your brain. And then, there is Computerized tomography (CT) scan. A CT scan uses X-rays to obtain cross-sectional images of your brain, which reveal abnormalities like bleeding, cysts, etc. An MRI uses powerful magnets and radio waves to create a detailed view of your brain, and then a Positron emission tomography (PET) scan uses a small amount of low-dose radioactive material that’s injected into a vein to help visualize active areas of the brain and detect abnormalities.

Which other systems could be affected?
Naturally, the Central Nervous System (CNS) is one of the body systems greatly ad and obviously the most affected by epilepsy. Those who suffer from epileptic seizures might find that they have trouble with breathing, so Epilepsy also affects the respiratory system. Other systems that are affected would be the muscular and the reproductive system.

How can transplantation or any other scientific advances play an important role in the treatment of the disease?
As the brain is where something goes wrong and the effects of Epilepsy take over a person, it is the organ that will need to be transplanted, if that’s possible. Even if the brain does not age, transplant would not be possible due to many reasons, one of which is immune responses. Most antigens are specified to individuals and if they are in contact with immune cells of another person, the immune cells will see the antigens as foreign objects and want to kill the cells. This will lead to full-blown immune response and death might follow. However while performing transplants on other organs, usually immune compatibility tests are conducted to prevent organ rejection, which would otherwise be extremely dangerous for the brain.

There are many other more factors that make head transplant extremely challenging. For instance, the technical difficulties of reconnecting blood vessels, not only within the central nervous system (CNS) but also between CNS and peripheral nervous system. Cell death is also something to worry about during head transplantation as neurons are very sensitive to environmental changes, and can die due to insufficient oxygenation during surgery. When these neurons die, the point of head transplant is lost as dead neurons also lose their synapses.

Discuss the implications (ethical, social, economic, political, cultural or geographical) of using transplantation or any other scientific advances to cure the disease.
Although successful progress of such surgeries is considered wonderful advance in medical sciences and would change the life of human being, it follows the important challenges in public health such as psychological and ethical challenges. Therefore, it is necessary to predict and control these challenges, primarily.

The most important challenge in public health is related to individual identity. Identity is a social and psychological factor and it includes all attitudes, characteristics and feeling of a person that differentiates him/her from others and it comprises the “self”. There is a close relationship between formation of identity and body image and it is stated that body identity has a clear role in emergence of cognition and personality. Self-imagination has a significant impact on self-esteem and life satisfaction. Hence, dealing with new organ may lead to significant challenges, that it changes cognition, skills, character, behavior and personality. Inevitably, they may be confused about their identity.

Generally, the most important ethical challenges in head transplant are as followed: 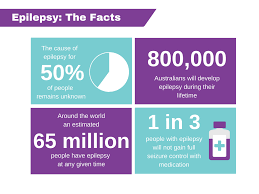 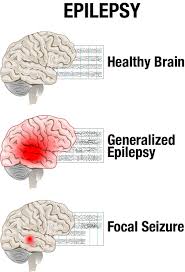