Impact of the disease on individuals because of cardiac arrest is that people would face many type of circulatory problems like shortness of breath,chest pain,heart palpitations,extreme dizziness and loss of consciousness and in many cases the person could die

The techniques can be used to diagnose the cardiac arrest disease are Electrocardiogram (ECG),Blood tests,Imaging tests etc.

the other systems which could be affected are mostly all the organ which needs blood to work their functions such as brain , lungs etc. this is because as in the cardiac arrest the heart is malfunction and suddenly stops beating due to which heart flow stops and also because of it there are structural changes in heart too 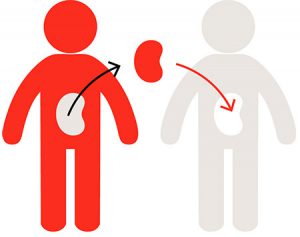 and their are three major implications for cardiac transplantation

which are economic , political and social

and social because this diseases are faced by the people

so these are the implications