Today I am going to cater to a very consequential disease named Alzheimer. A progressive disease that destroys memory and other important mental functions. In the disease, the brain cell connection dies which eventually destroys other important mental functions. Alzheimer’s is very common and happens as an then you grow up. It is very common between the age of 40-60+. It is a chronic disease which slowly and gradually worsens over time. There are 7 stages of Alzheimer’s. 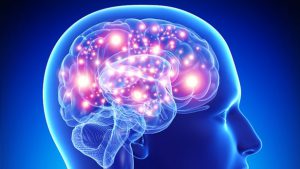 The disease is caused by the death of a brain cell. In a person with Alzheimer’s, the tissues have fewer and fewer nerve cells and connection. Memory loss and confusion are the two main symptoms of the disease, you eventually start to lose your memory and start to forget things. People may experience cognitive issues such as difficulty in understanding things, confusion or medical decline. The person with the disease may go through changes in behavior such as aggression, difficulty with health care, irritation, repetition of words. There also be a mood swing like anger or sometimes contended. The disease also reduces the ability to take in and remember new information, which can lead, for example, to:

There are several techniques to diagnose the disease- A standard medical workup for Alzheimer’s disease often includes structural imaging with magnetic resonance imaging (MRI) or computed tomography (CT). These tests are basically for the identification of different conditions that may cause the symptoms. The entire set of diagnostic tools is designed to detect dementia and determine with relatively high accuracy whether Alzheimer’s disease or another condition is the cause. Alzheimer’s disease can be diagnosed with complete certainty after death when microscopic examination of the brain reveals the characteristic plaques and tangles.

No cure exists for Alzheimer’s disease. There are just some drugs which reduce the effect of symptoms. So, there are some medications which will help you from complete memory loss, but still, you have to face them.

Talking about the implications,

Social and Ethical – The older patients who receive a kidney transplant improves dementia and Alzheimer’s disease with their disease of the kidney. Issues addressed include screening, genetic testing, and discussions of advance directives during early stages; telling soft and even outright lies during middle and late stages, and withholding life-preserving interventions during the last stage of AD when death is imminent. The doctors have to approach the patients at early stages so that they have less effect on the disease. According to an article, The risk of Alzheimer’s disease in Africans is more than in Americans because of caregiver burden and their access to the treatment or medications is very less.

Economical- The machines used for the diagnose for the disease is very expensive, which reduces the access for the poor people.

Summing it up, the disease is a very worse disease for your life, hope you take care and if you go through any of these symptoms, first consult a doctor.