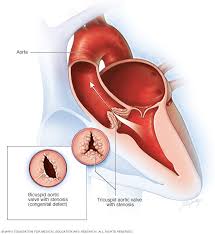 Heart valve disease, What is a valve? A valve is a gate which avoid the back flowing of blood and keep the blood flow in one direction ,the heart have 4 types of valves ,Mitral valve and tricuspid valve they control the flow of blood from atria and ventricle.
A Heart valve disease occurs when the heart valve does not work the way they have to ,there can be one or more valves that don’t work in heart valve disease and also when the valves does not close all the way this can lead to the backflow of blood rather than being pumped through the heart ,This can cause the blow of blood from the heart to the body to be deranged.There are many types of heart valve disease like valvular stenosis,valvular insufficiency,Regurgitation,Stenosis,Atresia.
The Heart valve Diseases can be cured there are two ways that it can be cured which are either repairing the valve or replacing(transplantation) the valve,to check weather replacing or repairing there are factors like The severity of your valve disease,Your age and general health,the rhythm of you heart beat. 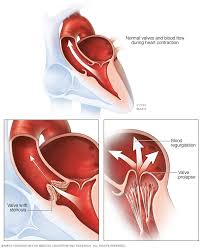 When possible, heart valve repair is preferred more over heart valve replacement. Valve repair preserves the strength and function of the heart muscle. People who have valve repair also have a lower risk of infection endocarditis after the surgery, and they don’t need to take blood-thinning medicines for the rest of their lives,but repairing a heart is a more difficult and time taking procedure than replacing the heart valve.
The impact of the disease on an individual can be that the person who is facing the issue may not be able to breath properly,could have issue while breathing,feel dizziness,tiredness,swelling on body parts like ankle,hand,leg and other places as well.And if the disease would not be cured the person would face issue in the future and could damage other parts as well.The impact on the society would be that there will be many expenses during the procedure(medication) and the disease could also affect the future generation ,and people who can’t afford it could suffer with the disease which could further damage other parts as well. 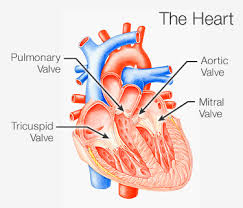 Transplantation could help the disease cure and could avoid other damages which could further affect the flow of blood ,rather heart pumping the blood the blood could backflow and the oxygen rich blood could not reach the organs properly,and difficulties would be faced to pump the blood.
Impact of transplantation.Social,racism could be one of the impact of transplantation,economical,the expense of the medication and the process of organ transplantation.Ethical,Some of religious believe that taking an organ form a dead body could disturb the spirit of the body and even that taking organ from other’s body is not good.Political,organ trading could be one of the political impact and the poor countries can’t afford transplantation and they are mostly told to give organ to earn money whereas rich countries can afford money and can afford the transplantation.