Alzheimer’s disease is a progressive disorder which gradually worsens over time. In this disease brain cell connections and the cells themselves degenerate and die resulting in dementia. Alzheimer’s disease is the commonest form of dementia, a disease of old age, and becomes increasingly frequent with every passing year after 60 years.Dementia  is when there is a continuous decline in memory and behavioral skills that causes a person’s ability to function independently to reduce. 20% of people, 80 years and above, have mild dementia. Currently, over 3 million people suffer from dementia in India alone.

Alzheimer’s disease early signs may be forgetting recent events or conversations. As the disease progresses, a person will develop severe memory impairment and lose the ability to carry out normal everyday tasks.

The disease has several impacts on the person’s itself as well as the surrounding people. As the disease advances, symptoms can include problems with language, disorientation (including easily getting lost), mood swings, etc. There is an drastic effect of this disease on family members who serve as caregivers, the patients soon start requiring full day companions or caretakers. This burdens family members who are busy with work and have children to take of as well. Moreover, the cost of the medication of the disease is huge and can cause a severe burden for the working family member. Furthermore, the family starts losing connection with the person who no longer recognizes them.

As mentioned before Alzheimer’s starts out as a problem with memory and thought, but it eventually affects the entire body functioning. Alzheimer causes degeneration of brain tissue and nerve cells. With less nerve cells present, its harder for the brain to communicate with the body and function properly.Specifically, the neurotransmitter acetylcholine isn’t produced at an enough volume. This is needed in order for your brain to learn, concentrate or remember information. With low levels of acetylcholine, gradually, bodily functions are lost, ultimately leading to death.In addition, Alzheimer adversely affects the digestive system in several ways such as swallowing difficulties and Pneumonia is a common cause of death for these patients. Pneumonia is frequently associated with swallowing difficulties that lead to the accidental entry of food or liquids into the airways. Alzheimer disease may also develop an impaired sense of smell, which interferes with the sense of taste.

There are currently no cures found for the disease however medication and management strategies may temporarily improve symptoms. Doctors use various methods and tools to help determine whether a person has Alzheimer’s dementia. Some of them are Conducting tests of memory, problem solving, attention, counting, and language skills. They even carry out standard medical tests, such as blood and urine tests, to identify other possible causes of the problem and perform brain scans, such as computed tomography (CT).

Significant progress has been made over the past decade in utilizing the techniques of neural transplantation to promote regeneration and recovery of function in the brain to cure Alzheimer’s.Human neural stem cell transplantation targeted to the fimbria fornix significantly improved cognition but acts after 4 -16 weeks post- transplantation. But these aspect comes with moral, ethical and social considerations,people with these kind of treatments face backlash from the society. 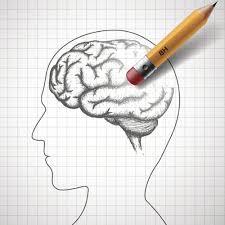