Epilepsy is a chronic disorder, A disorder in which nerve cell activity in the brain is disturbed, causing seizures. Seizures is a sudden, uncontrolled electrical disturbance in the brain. It can cause changes in behavior, 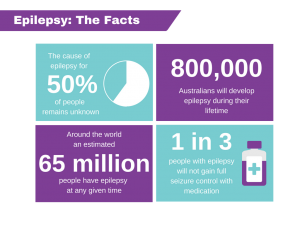 movements or feelings, and in levels of consciousness. If you have two or more seizures, you have epilepsy. Epilepsy could happen in early childhood and after the age 60, it could inheritance, by a head injury, strokes could also trigger epilepsy.

Impacts of Epilepsy on individuals can be During a seizure, a person experiences :

Impact of Epilepsy on Social:

Epilepsy can put a strain on families in many ways. Everyone is in it together. Yet they experience it differently. The person who has seizures will feel one way, but a parent or spouse may feel quite differently. Maybe a family member feels helpless as they watch the seizures because they can’t make them stop. Maybe they are angry this is happening to their loved one and their lives have changed. They may be scared and try to protect their family member who has seizures. But the person with seizures may feel overprotected and want some space and independence. They may be afraid they are a burden to their family and pull away.

Techniques can be used to diagnose the disease:

And other ways to check are by symptoms:

System that could be affected :

Edoesn’ty dosent have a particular effect on people and i could affet anyone and at an age.