Bell’s Palsy disease is a temporary weakness in your facial muscle. Because of this the half of your face becomes limp. It can occur at any age. The result is swelling and puffiness of the nerve that controls the muscle on the half side of your face.

The one who is affected by the bell’s palsy disease would face difficulties in smiling or frowning, also have difficulties in drinking and eating, constant headaches, sensitivity to sound and also facial weaknesses. The individual is also affected psychologically, as if he/she is a child, so he would not like to play with the other kids, he/she would think that they will tease him/her and it can also affect his/her behaviour, like he/she will be irritated in small things about her issue and many more. Society can also get affected by Bell’s palsy of an individual, it can spread from one person to another but if we drink or eat what that affected person is already eating or drinking so through his/her saliva, it can spread. It is estimated that over 40,000 Americans are affected by this disease every year.

There are several different treatments for this disease. Some common treatments are Physical therapy, steroids, acupuncture, and vitamin therapy.

Because of the swelling of the nerves of the half face, It also affects other nerves and also the brain, as if we feel pain to it would go to the brain and then come back through nerves, but one nerve is swelled which is beside the brain. The sufficient oxygen is not going to the brain because of the swelled nerve which affects in constant headaches.

Decompression surgery was used to relieve the pressure on the facial nerve by opening the bony passage that the nerve passes through. Today, decompression surgery isn’t recommended. There are risks that you can have permanent hearing loss or facial injuries because of the surgery. There are medicines like Corticosteroids and also Antiviral Drugs can take a major role in healing Bell’s Palsy.

The diseases can be cured by itself if in a minimum amount but if the disease is highly affected so medicines and surgery are required to cure it. Bell’s Palsy can affect relationships between people, and also can cause depression too. It also caused pain around the jaw and can be known as a type of deformity. If you feel symptoms that are occurring which are related to this disease, consult a doctor, and let him/her tell what is the best treatment for your Bell’s palsy disease. It can be easily cured if gave attention and taking daily medicines will also positively affect your health. 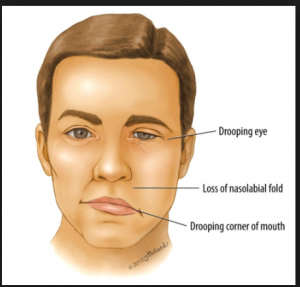 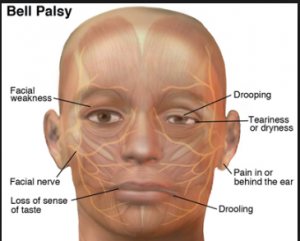