Alzheimer’s is one of the most common neurodegenerative diseases associated with the natural aging process, with the risk increasing every time you celebrate another birthday.

There are primarily two major differences observed in the brain with a person affected by the disease. Firstly,abnormal deposits of proteins form amyloid plaques are found throughout the brain, and once-healthy neurons stop functioning, lose connections with other neurons, and die.The damage initially appears to take place in the hippocampus, the part of the brain essential in forming memories. As more neurons die, additional parts of the brain are affected, and they begin to shrink.

Secondly, neurofibrillary tangles known as tau tangles are observed throughout the brain at abnormally high rates, which also affects the functioning of neurons.

Other systems impacted include muscular systems to a larger extent and the treatment opportunities may impact immune system.l

Symptoms of the disease

Few of the earliest symptoms of Alzheimer’s include, memory problems,uncoordinated muscle movement,trouble understanding visual and spatial relationships, confusions with time and date, challenges in completing once familiar tasks, challenges in solving critical thinking problems,changes in mood and behavior, mispacing/ forgetting things and the inability to retrace movements or steps.

To diagnose the disease, doctors may choose to perform brain scans, such as computed tomography (CT), magnetic resonance imaging (MRI), or positron emission tomography (PET), to rule out other possible causes for symptoms.

Impact on society and individual

There are several economic and social impacts of Alzheimer’s on both, a societal and personal level.

Firstly, it increases the economic burden on the state and the family as per the policies of the country.Families have changed relationships as the person now no longer recognises them.A family member  might have to give up a job  or employ an extra person in order to continuously care for the person with Alzheimer’s and lastly, the state’s health care system is burdened and it negatively impacts the economy as the person now is incapable of professional development and hence is unemployed and unproductive.This

While there is no cure for Alzheimer’s disease or a way to stop or slow its progression significantly, there are drug and non drug options such as clinical therapies, which may help slow down the progression of the disease or delay the symptoms.

These medications are generally accessible by the common public and are prescribed for the general public without causing too much of an economic hassle.These drugs have no visible physical impacts, which helps in lowering the chance for social stigma against the patient and these have all proven to be moderately effective at healing the symptoms of memory loss, especially mematine.

There are currently many drug medications underway targeting specific parts of the disease and speculation that stem cell therapy that may help reduce cognitive degeneration in people.

The findings confirmed that direct transplantation of human neural cells into the brain significantly improves cognition in memory tasks at 4 and 16 weeks post-transplantation. This experiment was conducted through a study done on mice, its effectiveness on humans is still questionable.The stem cells led to a reduction in amyloid plaques, which are toxic to neurons, and an increase in microglial cells, which may assist in the clearance of plaques from the brain.

The data also suggested  that the stem cells quickly integrated into the native neural tissue, which indicates a reduced need for continued administration of impressionant drugs  in future trials. Overall, the results support further preclinical development of human neural stem cells as a safe and effective therapy for Alzheimer’s disease.

However, this aspect comes with a lot of moral, ethical and social considerations, as stem cells are donated as hence, considered tainted or people with these kind of treatments face backlash from the society,Also, tehy are not made commercially available yet and the predicted success rate is questionable considering its extremely limited scope and economic cost, which might be affordable by many.

Some more research underway suggests that,teher are vaccinations and drugs. 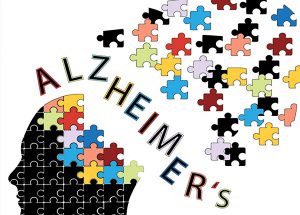