Cardiac Arrest is the abrupt loss of heart function, breathing, and consciousness. The condition usually results from an electrical disturbance in your heart that disrupts its pumping action, stopping blood flow to your body. When the heart stops, the lack of oxygenated blood can cause death or permanent brain damage in minutes.

Cardiac arrest may be caused by irregular heart rhythms, called arrhythmias. A common arrhythmia associated with cardiac arrest is ventricular fibrillation. Ventricular fibrillation means that the heart’s lower chambers suddenly start beating chaotically and don’t pump blood. In addition, if the heartbeat is not restored with an electrical shock immediately, death follows within minutes. SCA accounts for more than 350,000 deaths in the U.S. each year.

Because cardiac arrest stops the heart from beating, the brain, lungs, and other organs do not get the blood and oxygen they need.

The combination of good surgical success rates and the presence of a growing number of well equipped cardiac transplant programmes has created an enormous flux of heart failure patients towards these centers. Since the annual cardiac transplantation rate will likely remain below 4500 worldwide, with <3000 in the USA and < 300 in the UK, it is evident that cardiac transplantation will continue to play only a very limited quantitative role in the treatment of the advanced heart failure syndrome. Yet, its importance will continue to reside with its role as the option of last resort for patients with advanced heart failure, offered within centers with a complete spectrum of medical and surgical treatment options.

The economic aspects of each type of transplantation are usually discussed, but the cost of a transplant procedure should be compared with that of conventional treatment. The increasing use of all currently available options (including mechanical and antiarrhythmic bridging) makes a critical confrontation with the economic implications necessary. Assumptions based on current literature suggest that heart transplant generates additional costs of approximately CHF 50,000 per year of extended life. 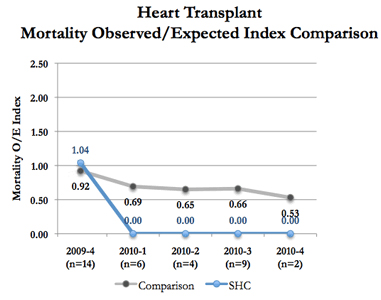 The political aspect is also involved when we talk about the impact of heart transplantation. Covering a short overview of current Swiss legislation, the problem of organ allocation, limitation of transplant centers, restriction of transplant medicine to public hospitals, cost of transplant procedures and subsequent treatment, and costs generated by alternative options such as ventricular assist devices. Current transplant medicine is affected by a growing shortage of organs, despite the fact that organ transplantation is generally well accepted by the public. On the other hand, the steadily growing disproportion between the number of organs available and the overall number of potential recipients is a source of concern for transplant surgeons and the medical profession, as well as the community at large. To be able to face these significant problems, transplant centers should offer all aspects of treatment for heart failure. In particular, before the cardiac transplant is offered to a patient, all aspects of more conservative treatment should be exhaustively discussed.