The Parkinson’s disease is a neurodegenerative disease, it takes place when the neurons or the nerve cells die or break down. It mainly affects the cells which produce dopamine, hence decreasing its production. Dopamine is a neurotransmitter, which transmits the signal across the synaptic space. Dopamine is also required for movement and emotional responses. When the dopamine levels in the brain decrease, that triggers the Parkinson’s disease. 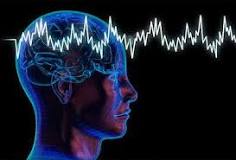 The vital reason for the disease is not yet found but, there are some factors which influence the growth of the disease:-

Genes:- The disease could be hereditary, it could be passed on from a parent or any of the relatives with blood relation. This has a very less chance of taking place unless most of your family members have the disease. But some specific genetic sequences could lead to an increase of the disease 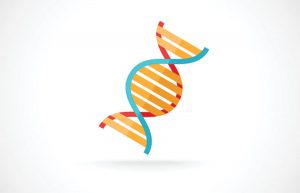 Environmental Factors:- Some toxins or hazardous chemicals present in the brain could lead to the increment of the disease. But the risk is relatively small.

Also, Lewy bodies, clumps of it in the neuron can cause the disease. Scientists believe that this is one of the main reasons for the disease.

Speech and Writing:-
Also, it might affect your speech, you would not be able to communicate what you want and while writing you handwriting might appear smaller.

If you go through any of the symptoms then instantly contact a doctor, cooperate with the doctor and complete all the tests. It also might be possible that you don’t have the disease but just tremors or some other disease

The main purpose of the nervous system is to respond or the send signal across the body so that the organs work. If the neurotransmission is affected then the body might not be able to deliver messages or it would take a lot of time for the message to get delivered.

Impact on the Society and the Individual:-

The disease gravely impacts the Individuals and Society.

The person cannot do basic things such as a walk or drink water it needs support. Also, the person goes through a lot of pain while doing all of these.
The person has a neurodegenerative disease. They will not be able o express themselves. This mainly happens in the later stages of life and so need extra care from friends and family.

Society:- They need extra care from there closed ones it also makes them look very dependent on the other people from the society. Also one of the impacts and cause of the disease is fatigue, so they tend to break relationships with there close friends and are socially dysfunctional.

This disease has no permanent solutions to it, but there are some cures through which we can reduce the Parkinsons Disease, these cures are also based on research, and not accepted universally:-

1) Do aerobic Excercise and Yoga daily

2) Have the intake of caffeine and green tea.
3) Daily intake of a drug called Levatova (Is a drug)

4) They put electrodes in the brain which stimulate the region where dopamine is less in quantity and in the areas of basal ganglia.

Also, there is transplantation of the fetal tissue, which has been tested on 300 people and has shown, improvement in their motor skills and their daily intake of Levatova has decreased.