This was a challenge as it was the first time I was participating in a committee which requires constant opinions from all the participants. Also the UNSC is known to be very challenging for small countries because they are against the United States of America, Russian Federation, United Kingdom, People’s Republic of China, and France. I was Brunei Darussalam in this conflict and it was a challenge for me to debate against superpowers

Learning Outcome 3: Demonstrate how to initiate and plan a CAS experience

I had previously participated in a MUN, FSMUN 6.0, so I knew how the flow of the MUN would be, hence I planned accordingly. I made a document of my research and researched the ties between my country and all of the other countries.

MUN is a very important and sensitive experience, the delegates need to start researching beforehand in order to be ready on the day of the MUN. I started researching but it was not easy to stay committed, I tried working in my free time while managing studies and other things. I managed to stay committed and complete my research before time so I could go through it again.

Learning Outcome 5: Demonstrate the skills and recognize the benefits of working collaboratively

This MUN was different because it was a double-delegation. Usually, MUNs have a single delegate representing a country but this time it was 2 delegates representing a country. Both of us had to work collaboratively and debate against other candidates. Also, the MUN has blocs, which are the countries that form groups on the basis of whether they are in the favour of the resolution or against it and then the countries within the blocs have to work together in order for their resolution to pass.

MUN is all about global issues. We debate about global issues and give our pointers. As for the South China Sea Conflict, it affects the entire world as it is the busiest trade route of the world and a lot of shipments pass through it to China, Japan and Korea (the leading manufactures). So we speak about issues with global significance in MUNs.

To conclude, it was a really enlightening experience and I would definitely do it again. I used the Learner Profile of Open-Minded as I listened to the perspectives of other people during the MUN. This MUN has helped me develop my social skills and given me the confidence to speak in public. 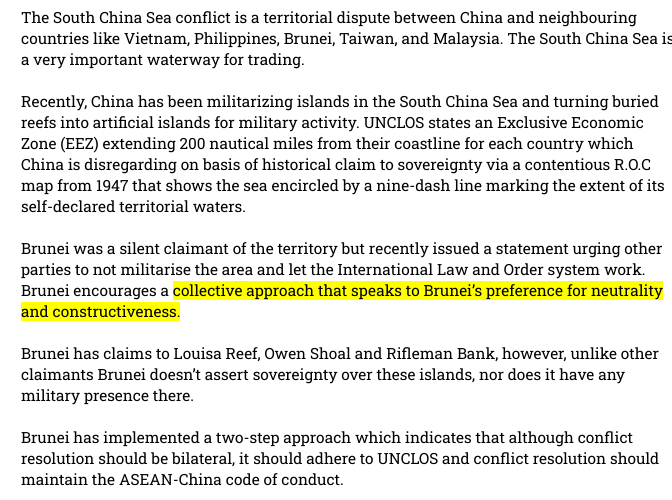 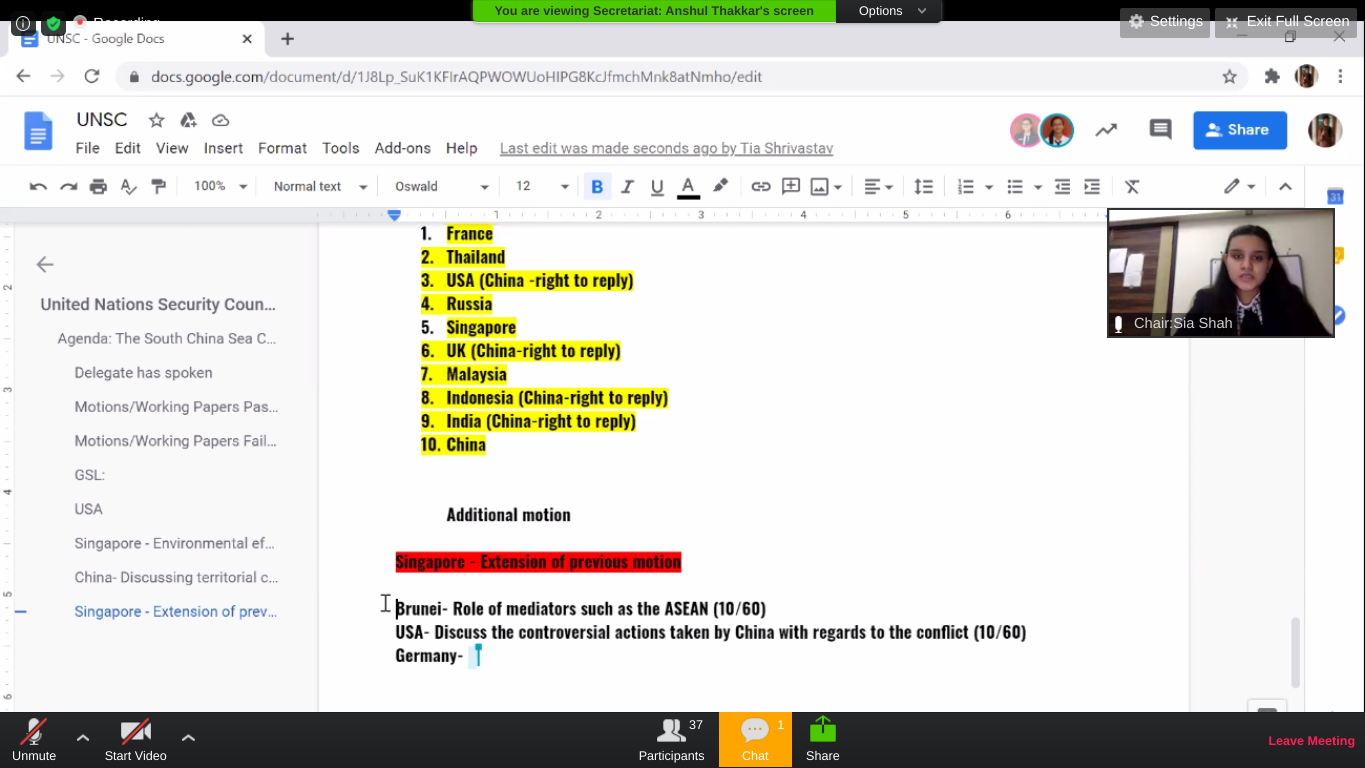 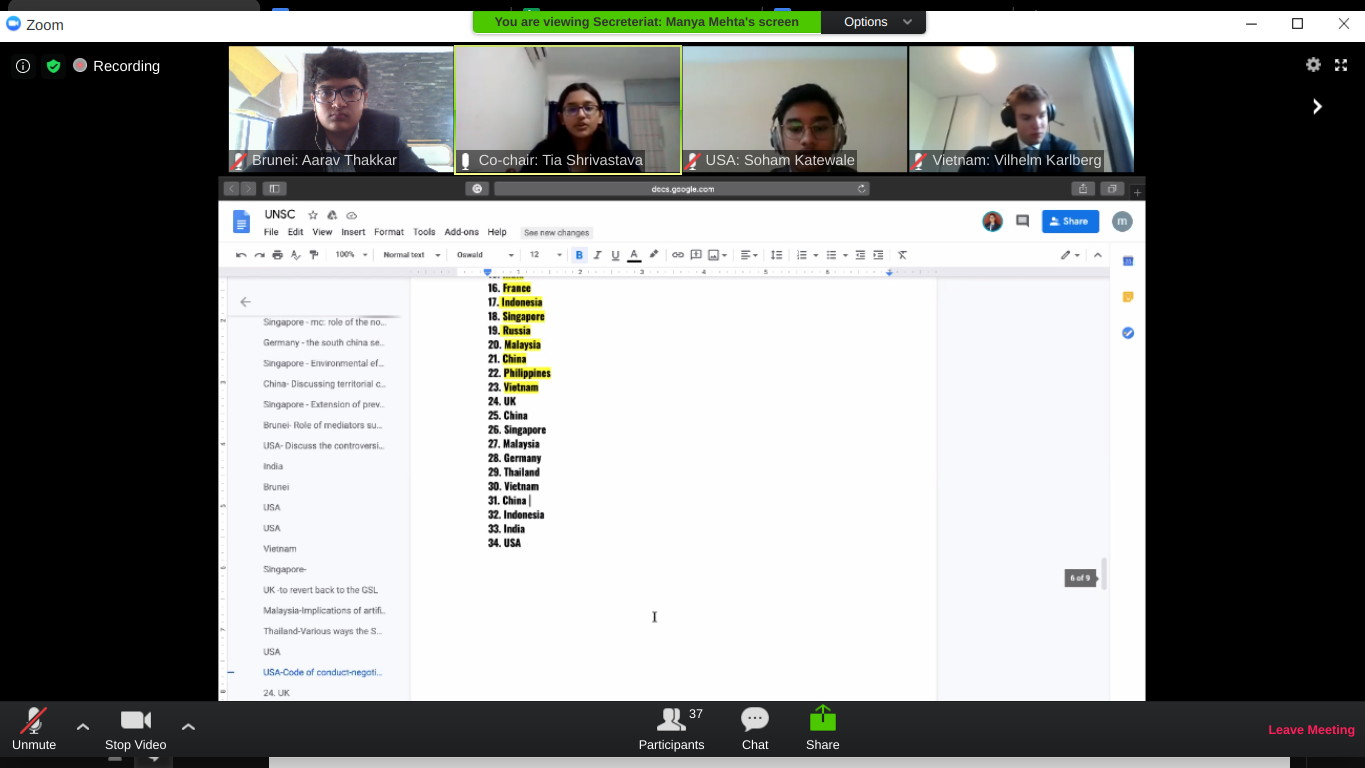